The Only Colors Blog Gets Down to Xs and Os:


Quarters: Is Pat Narduzzi's approach to ND money in the bank, or a drunken mess?

This is not a position by position breakdown. This is three or four semi in-depth thoughts on things that interest me about this match up. Enjoy/Discuss.
This sounds like the right approach to me:

"Narduzzi is referring to Michael Floyd as "Waldo" this week because MSU's defense must be able to find him on every play, and he moves around a lot. MSU will try to get a Johnny Adams-Floyd matchup on certain downs and distances, Narduzzi said, but in other situations MSU will play boundary (Dennard) and field (Adams) as usual."

I enjoy watching Pat Narduzzi defenses play against pass first offenses (particularly pass first spread offenses). Not because our base 1st and 2nd down scheme, the 4-3 quarters (or cover four) has any high tech tricks against such offenses. In fact when the players aren't very talented, it's probably the opposite, as the horror shows of 2009 can attest to. In fact, it's more based on what Hank Hill would call, "Ah, the fundamentals."
But when players are talented; fast, strong, and technically sound,
it shrinks the field. Sidelines become extra defenders. QBs can be baited into making low percentage throws, and then be punished when they do. Running games can be abandoned, and teams can turn one dimensional, as opposing offenses run into numerical mismatches at the point of attack. And the red zone can turn into a postage stage of open real estate, choking the flats that are normally open between the 20's. 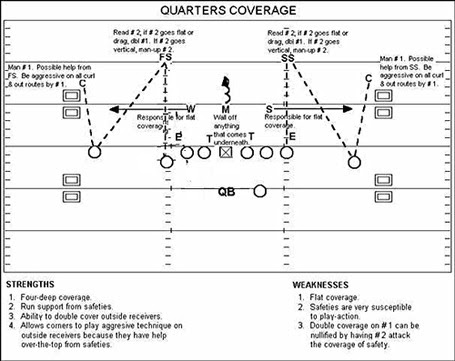