link to HIGH PRAISE of the MIGHTY SPARTANS!!

This the kind of post I'll enter regularly - someday! Read all the stuff, summarize and link to the best. In absence of daily posts, you can go to the of the for the link - updated real time. 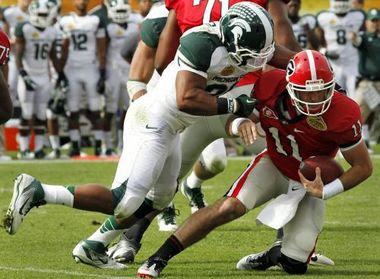 AP PhotoMichigan State's Denicos Allen sacks Georgia quarterback Aaron Murray during the first half of the Outback Bowl.
Check more link at the bottom of the page!!!
Post author: return2glory at 12:09 AM